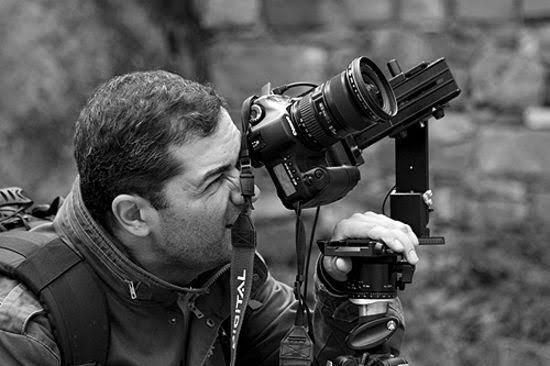 An Eye Photography by Physicist Marvels the World with Exceptional Shots

Started with amateur photography, Suren Manvelyan’s photos today are published not only in the national daily press but in such international magazines, newspapers, and television as “National Geographic”, “Daily Mail”, “The Independent”, “Telegraph”, “Guardian” and “BBC”. Two latest series of photos broke viewability records, and a photographer every day finds new meanings in it.

The artist’s latest series of human eyes “Your Beautiful Eyes” along with the series “Animal Eyes” now adorns the page of the press, but Armenian photographer S. Manvelyan, born in the ’70s, would never think about this. Taking pictures from sixteen, he defended his final thesis in quantum chaos at Yerevan State University in 2001 and received a Ph.D. in theoretical physics. One year later, he was awarded exceptional President of the Republic of Armenia award for research in quantum technology. In 2006 the guy became a professional photographer and his study period was a major contributor to his creative work. Celebrating World Photography Day, Eye Clinic Lirema presents an exclusive interview with a photographer.

Who has inspired you to begin taking shots of eyes?

In fact, there is no story about the beginning at all. The person, who may inspire me to take shots does not exist. I like the macro photography genre – taking close-ups of small things. Then we can notice things that are invisible to the naked eye. After trying to take pictures of the eye, I discovered some very good techniques. Being a physicist by profession, helped me a lot in this field.

Why eyes, not hands or other parts of the body?

What is the most interesting talking about eyes, that we see them every day many many times, face with various types of eyes, as well as not only with our national, gender or race, but we have no idea what their structure is. Other parts of the body, such as hands, feet or the like, do not have this mysterious and easily visible structure. But the eyes… they are special.

To what the main idea of pictures people should pay attention to?

Eye pictures are a representation of the wonder of nature. Just as exploring the exquisite imagery of our beautiful planet can be interpreted in various ways, many interpretations can arise from looking at the eye as well. One of the goals is to create amazement when the person first sees the image of the eye, sock, confuse thoughts reckon that they did not expect it. The second way is to ask how many different colors and textures can exist in the world besides those already shown. The third way of interpretation relates to religion – to the extent that God had so much fantasy of creating so many differences. Bob-believes in God can question evolution, so on and so forth. I often discover the expanses of space through eyes. There are countless ways to look at the photos.

How do you choose whose person’s eye will you capture?

In fact, I am more interested in eye structure than color. I do not specifically choose to photograph owners of particular eye color, but I am very happy if both of them – the eye structure and the color – are interesting.

It is said that eyes are the mirror of the soul – do you believe in this?

I truly agree with this metaphor, but my photos are focused on showing the physical structure of the eye, not spiritual things, including the soul.

These eyes you captured before – are they all healthy or have a story behind the picture?

One person with iris coloboma, after seeing my eye pics, asked for a photoshoot of his eye. It is a very rare disease that affects one in 10,000 people. I was really impressed with the result. It also often cases that the students I teach, introduce me to the owners of exceptional eyes.

Thanks for the interview.

For the past 10 years, S. Manvelyan combines photography with a lecture work, teaching physics, mathematics, geometry, and astronomy at Yerevan Waldorf School, and his spare time is inseparable from photography. More of the artist’s work can be found at http://www.surenmanvelyan.com