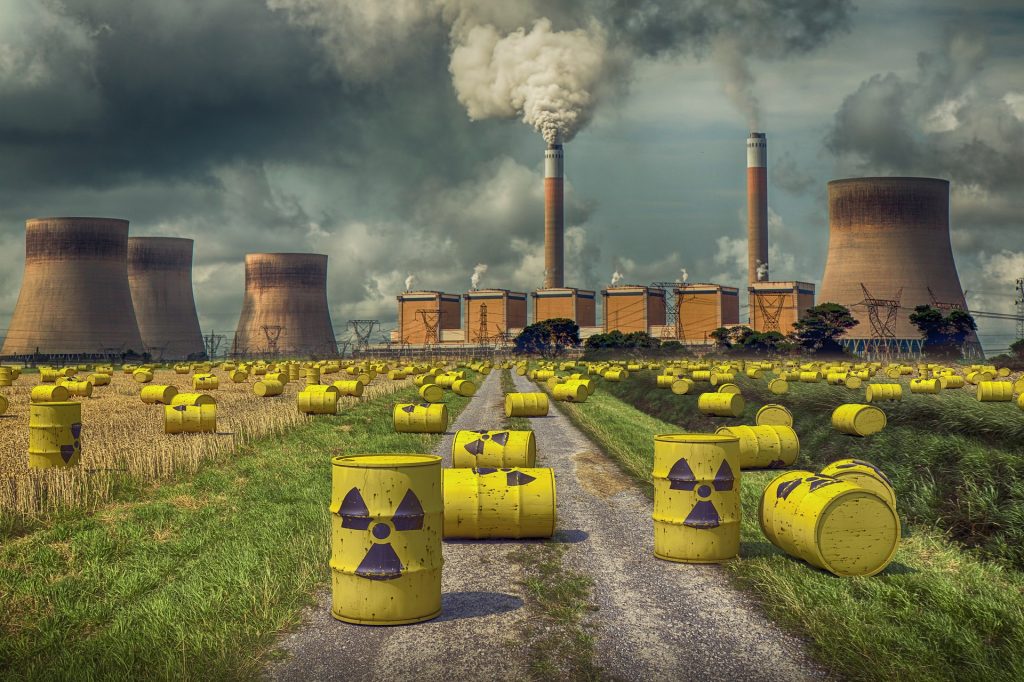 Radiation Effects on Vision – Is It Worth Worrying About?

These days the disaster of the Chernobyl nuclear powerplant has been the subject of extensive media discussions. Memoirs are being re-published and TV series “Chernobyl” by HBO gives a detailed view of the events of that time. The series depicts how tremendous amounts of radiation affect the human body in general. Radiation is often associated specifically with nuclear power plants and man-made radioactive materials, but in fact, it can be discussed much more broadly. What effect low doses of radiation have on one of the most sensitive organs, the eyes, that we do not even think about? What are the types of radiation and about which should we the most worry about?

Radiation from different sources of the environment may be divided into natural and artificial. Natural radiation often does not pose a great danger to people because we are adapted to it. The human eyes are exposed to ultraviolet, infrared, microwave and ionizing radiation. Minor doses of radioactive substances reach us from space (0,3 millisievert per year), from terrestrial sources (0,6 millisievert per year), as well as from our daily food. But there is another side of the coin – human-made radiation sources such as computed tomography, x-rays, household, agricultural or industrial devices. These include electromagnetic waves emitted by smart screens and radio, radioactive isotopes and materials, released into the air by nuclear power plant processes. In the European Union, food is additionally allowed to be irradiated with ionizing radiation for a longer validation period or to be more resistant to pests. The annual amount of radiation, in addition to natural, may not exceed approximately 1 millisievert per year, but the average person living a healthy lifestyle receives 1 to 10 millisieverts radiation each year, depending on the environment in which they live.

The danger we do not think about

Exposed by radiation human body contains free radicals, which begin to damage cells. In this case, the cells are damaged and die or their DNR – the genetic material of a cell – is affected. At high levels of radiation, the body can’t generate cells any longer. Numerous epidemiological studies of survivors of Hiroshima, Nagasaki catastrophes, children, who are grown in the danger zones of Chernobyl, pilots, astronauts, and radiologists confirmed the link between radiation and cataract development. Astronauts’ work in space goes beyond that level of radiation which gets a worker of nuclear power plant – 10 days spent in space is equivalent to the amount of radiation a person would receive on earth in 4,3 years.

According to CDC – US Centers for Disease Control and Prevention, airplane pilots exposed to high doses of cosmic radiation and ultraviolet sunlight are advised to take a break between long flights. For pregnant flight attendants, when the radiation dose of a single transatlantic flight sometimes is equal to the dose recommended throughout the whole pregnancy, it is suggested to stop taking flight during this period.

Ultraviolet radiation is one of the main risk factors for retinal and corneal diseases, not only for pilots and astronauts but for everyone in general. If a person is not taking care of his vision, ultraviolet rays, that look completely innocent, can make the biggest damage. Sunglasses are necessary protection on sunny days. According to Lina Soceviciene, an eye doctor-microsurgeon at the Lirema Eye Clinic, ultraviolet rays, even on an overcast day, go through the cornea of the eye, reach the retina and filtered through the lens goes deeper into the retina. As a result, prolonged exposure to these rays may cause such diseases as photokeratitis (snow blindness), cataracts, macular degeneration (yellow spots), eyelid skin cancer as well as retina or cornea infringements. Some diseases may be avoided more easily, for example, photokeratitis – although causes discomfort – redness and intense tearing of the eyes, these symptoms rarely become complications – but other of them may have serious consequences.

Before mentioned microwaves make damage for eyes as well. Eyes absorb a huge amount of them every day while spending more and more time in front of computers and smartphones. There are lots of smart devices at home nowadays and they are the biggest source of electromagnetic radiation. According to the international study “Interphone”, made by World Health Organization International Cancer researchers, usage of mobile devices in Australia, USA, Norway, and Sweden has caused not only headaches, dizziness, memory impairment, but also hearing and visual impairment. Am excessive usage of smart screens causes dry eyes. Then people tempt to buy eye tears, but many of these preparations contain hormonal substances and, if it is used for a long period of time, can only make a situation worse – cause side effects and fall into the continuous circle of eye damage.

The recipe for healthy eyesight is attention to yourself

Although there are so many sources of radiation around, doctor L. Soceviciene says that people shouldn’t worry so much about it. “Medicine makes progress rapidly every day. The x-ray medical technique used in doctor’s offices meets potential radiation exposure standards, especially if a person does not use an X-ray machine frequently. People may always take care of body health in general – to move, eat healthily, check their health regularly, limit the time, spent with smart devices, then vision will be good as well”. The doctor advises choosing the most UV-protective glasses marked with UV400 sign. This type of protection limits up to 100 percent ultraviolet radiation, which means that the eyes will be maximally protected. Don’t be fooled by clouds – ultraviolet rays pass through them and fog. Also, avoid looking directly at the sun, keep a safe distance when using smart devices, and turn them off when you are finished. By eliminating various sources of radiation as much as possible, we may reduce or even avoid acute and chronic effects of radiation on the eyes. It is also recommended to have a vision checkup at least every two years.