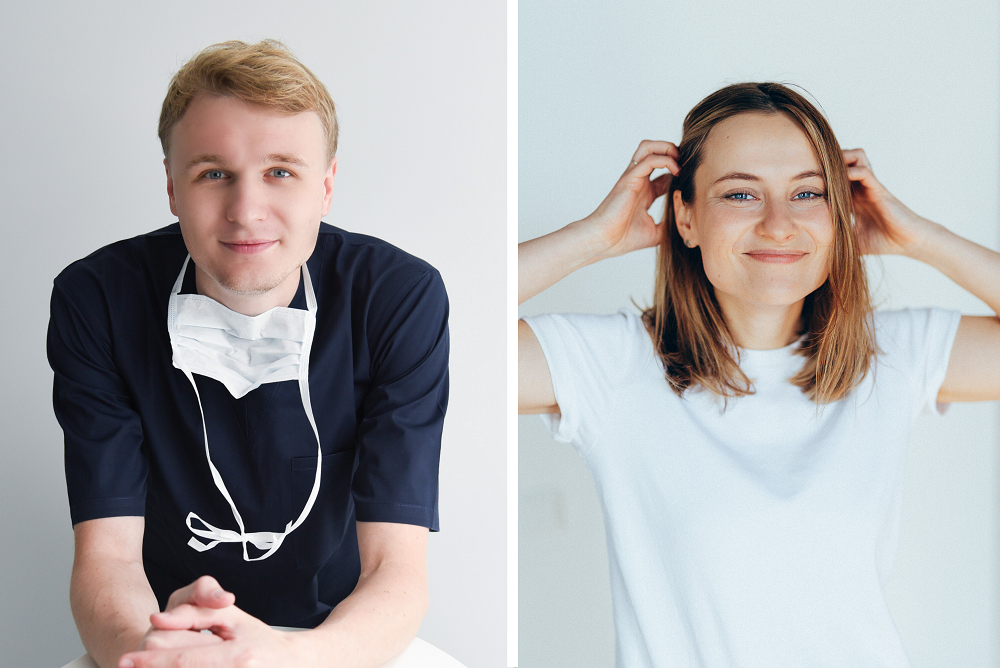 Journalist Rasa Jusionytė: The Fear of Surgery Was Overcome by Seeing a Result

Discomfort while driving at night, fear of forgetting glasses or contact lenses elsewhere, gym training or competitions, swimming in the pool, even enjoying the sauna – an uncomfortable daily life of visually impaired people. Factors disrupting the quality of life are forcing us to decide when to check and to take measures to avoid inconvenience.

Eye glasses, then intended for reading and first worn around 1300, are considered one of the oldest methods of vision correction. At the time, this solution seemed incredibly innovative. In 1910 Carl Zeiss begins mass production of contact lenses, which due to their hardness were initially wearable for a few hours. To date, contact lenses are not so perfect that they do irritate the cornea or cause unpleasant side effects. Almost 30 years ago, the laser vision correction procedure was introduced to the world and is now considered one of the most reliable and safest.

Rasa Jusionytė, the host of “News Radio” and the author of the same blog and magazine “What People Work”, who chose laser vision correction with no cut and touch, assures that – if she had to make a decision again, she would not only repeat the procedure but recommend it to others.

The girl, when considering surgery due to the worries of glasses and lenses, delayed the most for fear of pain and longtime eye healing if she could not continue all the planned projects. At the same time, however, she didn’t want to feel the discomfort caused by glasses while playing sports and swimming, as well as forget about problems when the last day it turns out that there are no more lenses, and no longer worry that the new one will not worsen the vision. Now the day of the surgery she remembers with a smile.

“After the laser vision correction, I felt completely perfect, it seemed like I was with lenses. The procedure was quick and painless. I think that consuming a bitter sedative was the most unpleasant part of the whole operation, ”R. Jusionytė jokes.

According to Šarūnas Sologubovas, an ophthalmologist at the Lirema Eye Clinic, many patients delay their visit because of fear and are especially worried about laser vision correction surgery, but after it, they are happy to overcome their preconceived notions and cannot understand why they did not decide to perform it earlier.

“Laser vision correction is an extremely fast, painless, and accurate procedure in which the laser performs its work with no touch so that the light rays in the cornea are refracted correctly and vision improves immediately. Our staff takes care of the patient during and after the procedure so that he feels safe and secure,” says the doctor.

Today, 5 months after the operation, R. Jusionytė lives in Klaipėda with her friend Linas, who has performed laser eye surgery as well. A girl who boldly implements her goals and has made decisions to move out of Vilnius and perform surgery before the quarantine is happy to have achieved them.

“We still are surprised by the resolution of our HD vision – that’s how we joke with a friend who also has performed laser eye surgery. I had forgotten what it means to see everything – the blossoms of flowering trees (and each of them not only individually but very sharply), the elements of the city. As I drive, I joke that I finally see the road signs well! Although I have always worn lenses before, only after the operation I did realize that it was not the same,” says the girl.

Speaking about laser vision correction and daily routine, R. Jusionytė admits that she tries to follow the right rhythm – start the day with water and lemon, yoga, meditation, do not work continuously, including breaks as well, go for a walk and rest the eyes by the sea.

“In the past, when we were living with Linas separately and when I was visiting him, I kept thinking, “Oh, I forgot my lenses”- I always wore only daily-disposable lenses full-time. It is so much to remember nowadays, and I am so glad that lenses are no longer one of those things! Seeing a clear world is wonderful,” says R. Jusionytė.

According to the doctor Š. Sologubovas, wearable lenses for many years can provoke corneal damage, cause inflammation, so correcting vision by them is not the best choice.

“Prolonged wearing of contact lenses in the presence of drier eyes gradually rubs and irritates the cornea, which can lead to wounds in the cornea, which increases the risk of infection. It can lead to further lesions such as ulceration or scarring. Processes can be irreversible, and vision can no longer be saved,” says the doctor.

According to R. Jusionytė, after an operation performed a few days earlier it is possible to work and drive. The time after the procedure can be used productively to create future plans, listen to audiobooks, if it is possible, visit long-seen friends, or go for a walk.

“Now my eyes are not dry at all, after the procedure I drove and worked already on the 5th day. Every patient receives a doctor’s contact, which they can turn to even during non-working hours, so I felt extremely safe during the whole process,” says R. Jusionytė.